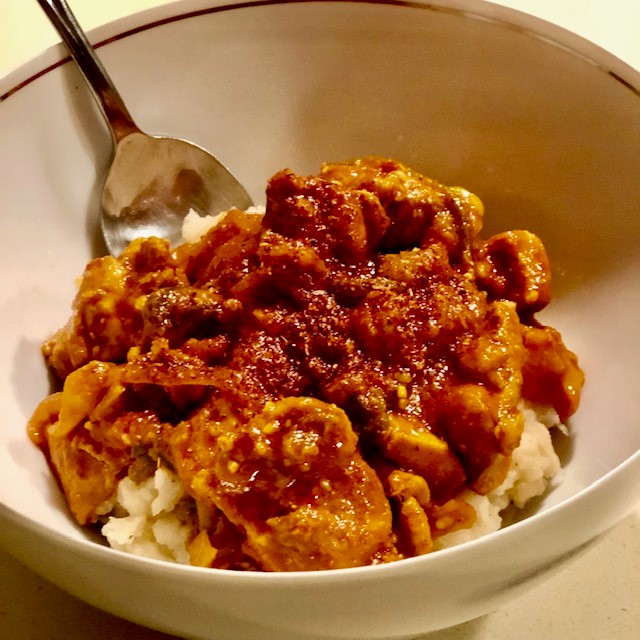 I can trace my gastronomic awakening to a very specific meal.  I was in college in New York City.  My roommates and I went out to dinner at an Indian restaurant named Nirvana atop the Times building in Times Square.  I had never had Indian food before and if I’m being honest, wasn’t so thrilled to do so, but I didn’t want to appear so parochial, so I kept my reservation to myself.  The restaurant was pretty empty except for us – I think we went pretty early.  The tablecloths were starched and brilliantly white.  As I looked over the menu, I saw the designations for the heat indexes next to the exotically named dishes.  To the right of Chicken Vindaloo were four chiles.  Wow.  Hey – I liked heat…why not?

Nothing prepared me for that fiery dish.  I remember sweating so profusely I wasn’t sure if I’d be able to finish, let alone not get sick.  But despite the inferno-like spice level, it was delicious.  I was hooked.  I’ve adapted this recipe to dial down the spice a bit, but it still packs a punch!

Trim the chicken and cut into 1-inch pieces and set aside.  Prepare the marinade by combining the vinegar, garlic, red pepper flakes, ginger, coriander, paprika, turmeric, mustard, Garam masala, cayenne, cumin, and cinnamon and be sure to mix thoroughly.  Place chicken into a mixing bowl and pour marinade over.  Using a wooden spoon be sure all pieces are covered in marinade.  Place in the refrigerator for at least 2 hours but could do so overnight.  The longer – the better! 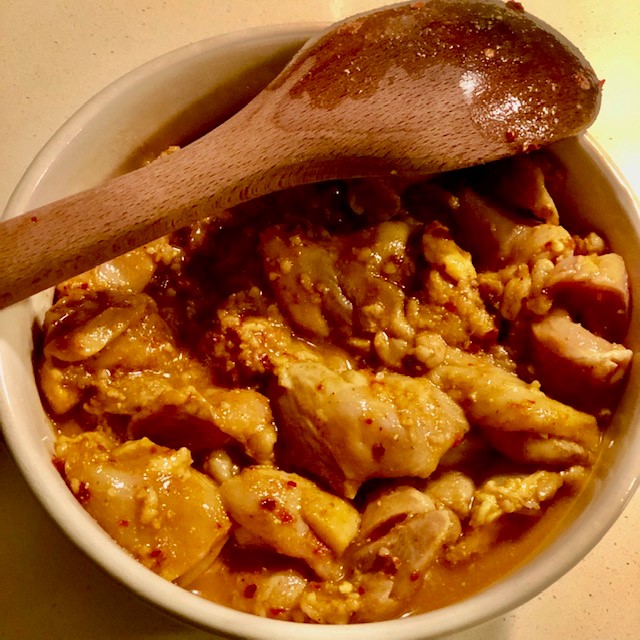 When you’re ready to cook – heat a large skillet over medium-high heat and add olive oil.  Meanwhile, slice onions and jalapeños.  When the oil is just smoking, add onions and peppers and cook until just softened – about 5 minutes. 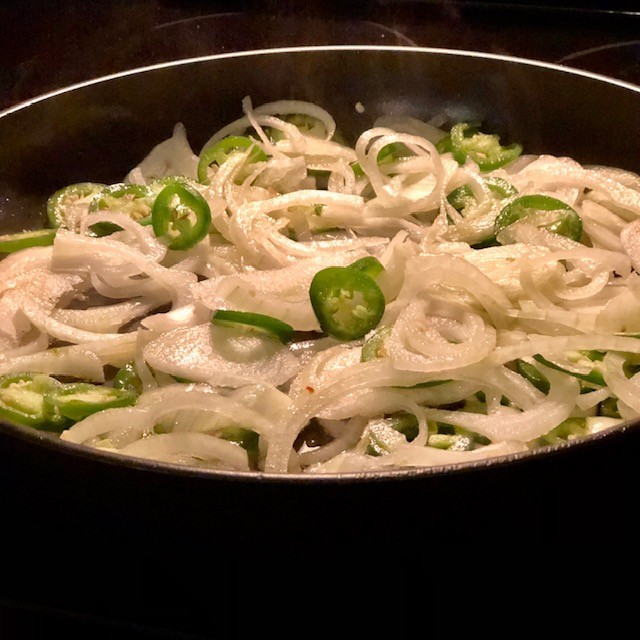 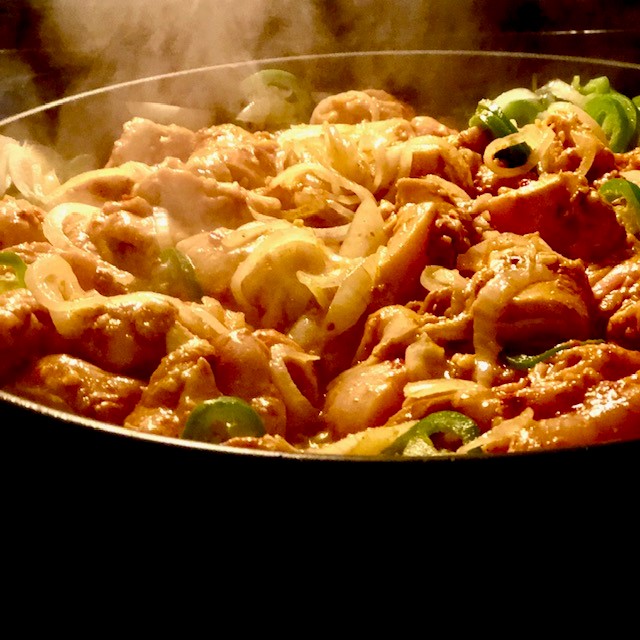 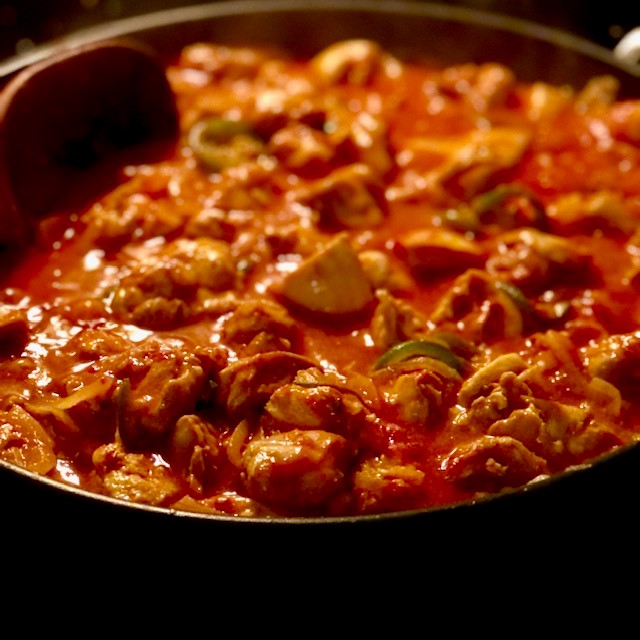 To serve, spoon over mashed potatoes or scooped out baked potatoes.  Alternatively, you can serve over rice.  Feel free to adjust the spice levels by either adding or decreasing the amount of red pepper flakes.  You can even dust the final dish with a final flurry of red pepper if you want it super fiery!

One thought on “Chicken Vindaloo” 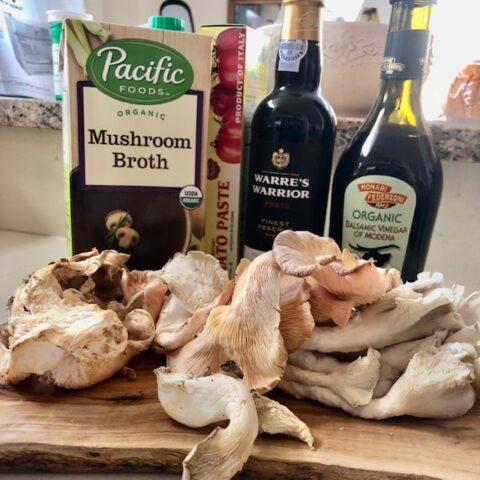 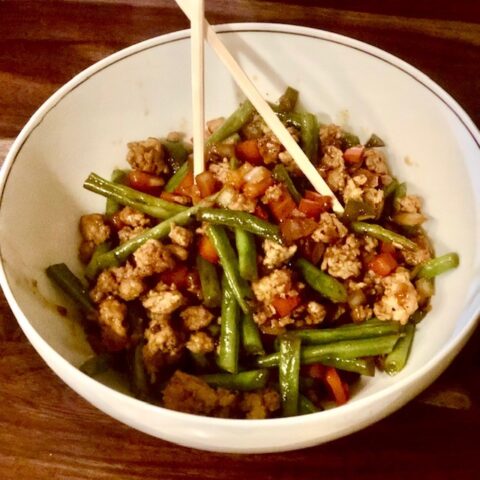 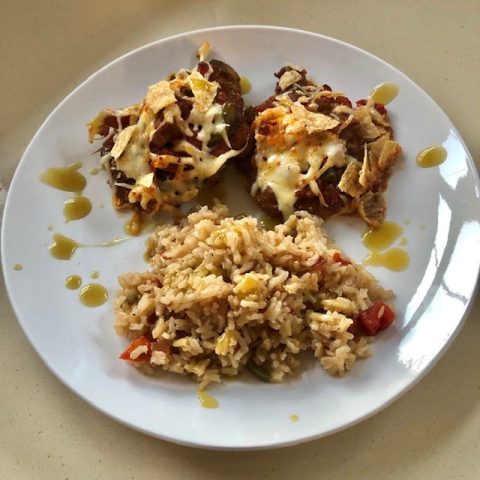 South of the Border Pork Chops

Full confession – I’ve not been a fan of pork chops for most of my life, until recently.  Growing up… 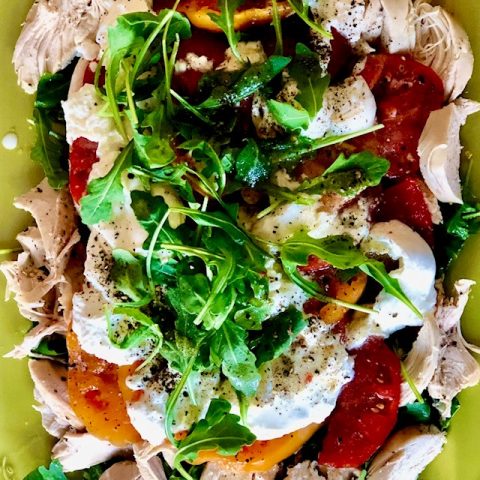 Don’t you just love when a dish has just a few ingredients – but they’re the best; so, each compliments…