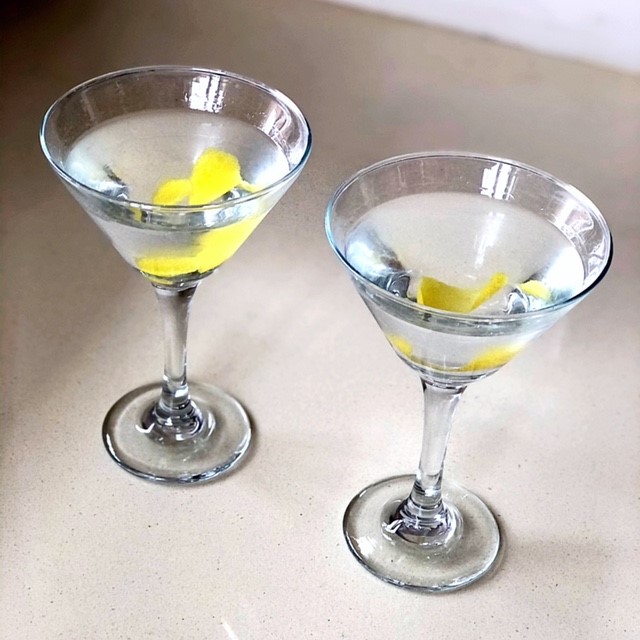 I’ve always loved the look of a Martini.  They are sleek and sophisticated and conjure up images of Darren Stevens coming home from work and having his adoring wife and witch, Samantha greet him at the door – ushering in a delightful evening.  Or maybe it’s Don Draper and his cronies celebrating their latest advertising coup with a couple of martinis in Don’s office – as they smoke their filtered cigarettes.

The only problem for me – I hated the taste.  I’m not an olive lover and really don’t like vermouth.  So alas – I was left on the sidelines sipping my pedestrian vodka and tonic – which, don’t get me wrong, are delicious.

My husband has been a big fan of martinis for some time now.  Friday night comes and it’s martini time!  The whole process of shaking or stirring (usually folks are firmly entrenched in one camp or the other), pouring through the strainer and garnishing with three olives…it’s work that was wonderfully rewarded.  I wanted something just as cool.

Enter James Bond.  During this pandemic – if you’re anything like me, you’ve watched pretty much everything on Netflix, Hulu and Prime combined.  One day there was a James Bond marathon.  Now, I’ve always known that James drank his martinis, shaken not stirred.  I just never paid attention to what kind of martini he consumed.  Martini loyalists will profess that the only real martini is a gin martini.  Others love vodka-based drinks.  Both have vermouth – depending on how dry you like your drink – it’s either a splash, a kiss – or maybe you just leave it out altogether.  James drinks Vesper Martinis – which is a combination of gin and vodka, with a touch of Lillet and garnished with lemon peel.

Eureka!  This is a drink I could get on board with!  The Vesper is refreshing, crisp and packs a punch – so go easy.  And you just feel cool drinking them.  Just like James Bond.

Fill a shaker with gin, vodka, Lillet and plenty of ice.  Stir – not shake (this is where James and I differ – but it produces a less cloudy drink) thoroughly.  Pour through the strainer into a chilled Martini glass and garnish with lemon peel.  Cheers!

Since March is just a few days away – and St. Patrick’s Day will be upon us, I wanted to… 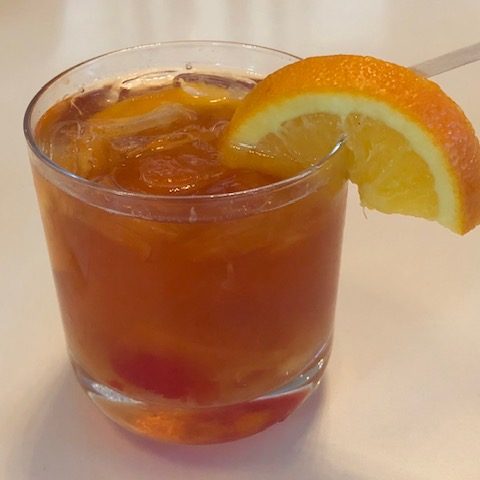 Typically, I blog about a cocktail on Fridays – which seems apropos given the weekend is upon us.  Well –… 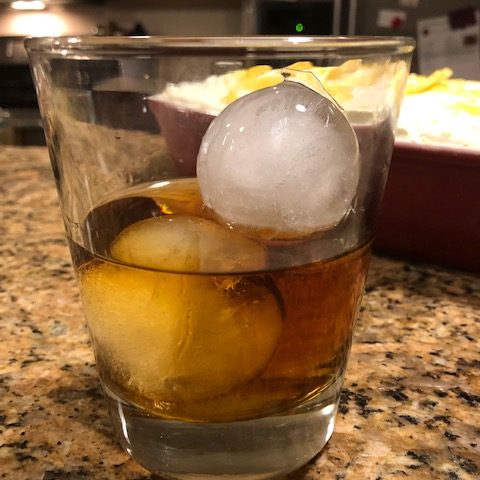 Cocktail Time: Bourbon on the Rocks

When the weather turns cold, the color of my preferred cocktails turns darker – from light to dark.  My favorite… 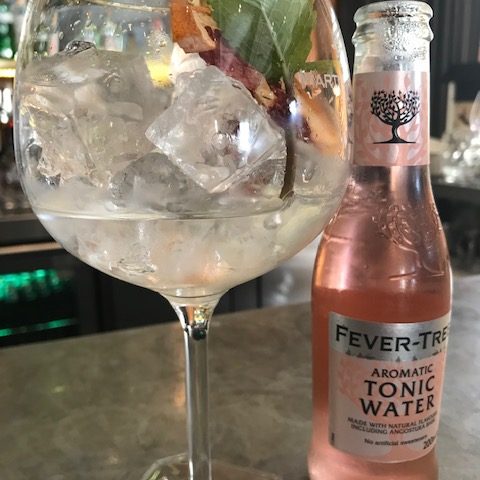 Cocktail Time: Just in time for the Thanksgiving rush…

Recently, my husband and I took a trip to London.  We had a fantastic time – and did a lot…